Scrabble is actually quite simple to play. The point of this board game is to come up with a word or words by placing letter tiles on the scrabble board in such a way that the tiles would yield the most number of points. Scrabble is a great board game because it helps build vocabulary. Not only that, scrabble also helps in developing the use of logic, because it is also a game of strategy.

To play scrabble, you will need a scrabble set. The scrabble set consists of the scrabble board, four racks, a tile bag, and 100 letter tiles. Up to four people can play scrabble, but some people enjoy putting up teams who will pit their vocabulary skills against each other using only one scrabble set. Scrabble can also be played solo, just like the card game solitaire.

A dictionary would also be handy for challenges. There is an official scrabble game dictionary available, but any other dictionary will do.

Scoring in scrabble is determined by two things: the value of the tiles used in the word and the placement of the tiles on the board. There is also a 50-point bonus for players who were able to utilize all their tiles in one single round.

As said earlier, there are 100 letter tiles in each scrabble set. These tiles consist of 98 tiles with the letters of the alphabet, as well as two blank tiles. A player can assign any letter to a blank tile.

These letter tiles have the following values. These values are said to be based on how common these letters appear in the words of the English language.

As for the scrabble board, this board is made up of 15 x 15 squares that are separated by gridlines. Some of these squares are coloured to indicate bonus scores, either for the letter placed on the square or the whole word that covers the space that includes the square. These bonus squares are:

* Double Letter Score typically a light blue square, it doubles the value of the letter tile that was placed on it.

* Triple Letter Score usually a dark blue square that trebles the value of the letter tile placed upon it.

* Double Word Score a pink or light red square that doubles the total value of a word when one of the tiles of this word lands on it.

* Triple Word Score a dark red square that triples the total value of a word when one of the tiles making up this word is placed on it.

Whenever a word is played on the board in scrabble, the value of the doubled and tripled letters, whenever applicable, are added to the value of the other tiles used for the word. This sum is then doubled or tripled if the word covers a square with a double-word or a triple-word score. The resulting number is the players score for that word.

If a player manages to use all seven of his tiles in a single round, he gets a 50-point bonus in addition to the computed value of the word he played.

The bonuses on these special squares are applicable only during the turn wherein the tiles that landed on them were first placed.

The Rules of the Scrabble Board Game

This is the procedure by which scrabble is played:

A scrabble game ends when the tile bag is empty, and a player places his last tile on the board. It also ends when all players have passed in two consecutive turns. At this point, all scores are tallied. If a player has unused tiles at the end of the game, the value of his tiles is subtracted from his total score. The player who first used up all his tiles gets the value of all the unused tiles of his opponents added to his own score. The person who gets the highest score wins the board game. 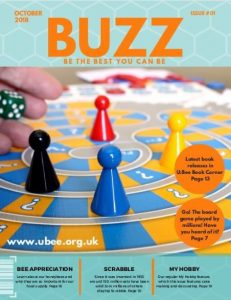